5 Lethal PTSD Myths That Will Shatter Any Chance Of Healing 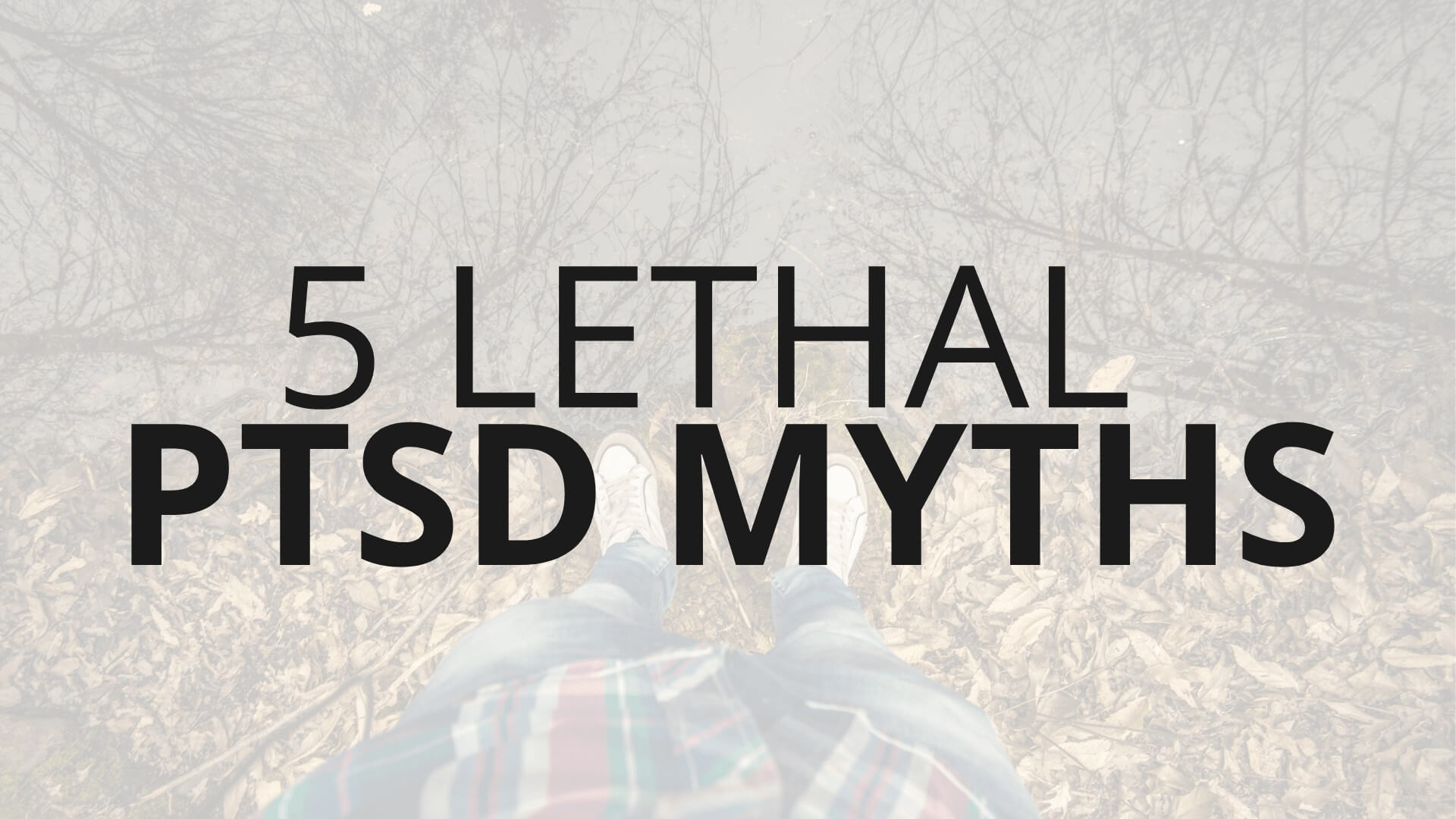 Everyday people’s hope for recovery gets crushed by these PTSD Myths.

Family, friends, “experts”, doctors, therapists, and more can be guilty of spreading lies that will stop your PTSD recovery in its tracks.

You’re surrounded by so much dangerous information out there…

But, how can you tell what’s true and what isn’t?

There is a lot of old antiquated beliefs that are still being held onto despite overwhelming evidence proving them wrong.

Today I want to walk you through 5 core false beliefs and myths that if believed could be crushing your chances of recovery.

A single negative belief can be the downfall of your full recovery.

So, let’s dive right on in and do some myth busting!

[Before we start just know that I believed most, if not all, of these myths at one point or another, so don’t feel bad if you do too!]

MYTH 1: Only War Veterans Get PTSD

This is an old worldview on PTSD.

But yet, still many of us make this comparison, and even believe it.

The harmful thing about this false belief is that it either…

It’s dangerous to believe that war veterans are the only people who get PTSD, or that their PTSD is much worse than yours.

Your pain is YOUR pain…

It hurts, that’s all that matters.

Should you  live a life filled with pain just because you think someone else is experiencing pain that is worse?

When you think of it like that it seems kinda crazy, right?

You wouldn’t want someone else to go through pain, just because you think that someone somewhere might be experiencing pain that’s worse then theirs…

You wouldn’t tell someone to suck it up, and move on.

But, that’s exactly what many of us say to ourselves

Do you tell yourself that your pain isn’t as bad as someone else’s, and that you shouldn’t complain?

That’s what tends to happen when we compare our pain to other people’s pain.

Pain is pain, let’s just try to get rid of as much as we possibly can.

Realize that you deserve love, peace, and a calm happy life.

It doesn’t matter what anyone else went through.

You went through something really really hard, and it doesn’t matter what anyone else has gone through.

You deserve it to stop.

This is the most dangerous belief of them all…

I held onto this belief for over 15 years, and it was the one belief that ensured that my PTSD stuck with me.

Let me ask you a question…

If you believe that recovering from PTSD is impossible…

How hard are you going to work to heal?

The answer… Probably not very hard…

And if you believe it’s impossible… How long will you try before you give up?

The answer is… Not very long.

You need to start building and strengthening the belief that you can recover and live a life without PTSD.

Cut out all the non believers, the people who drag you down… the negative people who make you feel like it’s impossible to recover.

For some it’s people in support groups, therapists, doctors, or even friends and family.

You need to build this belief every single day.

You can recover, you can heal, you can live a the “impossible life”.

Literally millions of people have done it.

Let’s make you one of them.

This is an easy one to debunk.

It’s a nice saying and all, but the reality is that it’s not true…

Maybe it’s true for some, but not for the vast majority.

It’s sad really… There are so many people who have gone through so much pain because of this lie. (I was one of them)

It has cost people years and decades of their life.

I know people who have suffered for over 70 years.

It all stems from this myth, that time heals all wounds.

We just try to forget about them… understandably so, after such experiencing such horrors you just want it to just go away on its own.

But that’s not what happens.

Trust me… it sticks around, and often gets worse with time.

Don’t let this “nice” saying fool you into years, or even a lifetime of pain and suffering, that just isn’t necessary.

Healing takes action, not waiting around hoping it to get better.

MYTH 4: Only Weak People Get PTSD – Just Get Over It

Does PTSD make you weak?

It sure makes you feel weak, right?

But in reality PTSD makes you stronger.

Everything is scary, you’re constantly on edge, and your entire nervous system is on high alert just waiting for something bad to happen.

But you are not weak.

You don’t feel strong, but it takes a heck of a lot of willpower, effort, and strength to keep going day after day.

And the best thing about PTSD?

Is that it actually gives you an unfair advantage in life.

You actually get a leg up in life…

Because when you heal you gain a new sense of awareness, clarity, strength, drive, and power within yourself.

Regular everyday challenges, problems, worries, and fears just roll off your back.

PTSD doesn’t make you weak, it makes you strong.

This is probably my favorite myth, because it’s one of the most widely spread one, and it’s one that most people don’t talk about.

So, why is coping with PTSD so bad for you?

It really comes down to 3 things…

Does this make sense?

It’s not your fault if you were taught to just cope with your PTSD because that’s what many ‘experts’ teach us.

But, coping with PTSD is not healing.

It doesn’t heal the core of the problem.

Coping will give you peace of mind in the moment, but will not get rid of the symptoms…. They will keep coming back and back again no matter how much you try and cope.

The symptoms of PTSD are the effect of a trauma.

And when you cope you only deal with the effect.

To truly heal you need to deal with the cause.

Unless you heal the core, underlying issue, it’s very unlikely that you will make a full recovery.

You might get better at coping, but you’ll still be stuck with a full time job of managing symptoms.

Now, I am not against coping, I actually teach coping skills… there are really only 3 tools that you need.

But, it’s important to know the difference between coping and healing.

Because if you think that coping is healing, it’s likely that you’ll continue to feel stuck for the rest of your life.

Now, I want to share a story with you…

Here’s what she said…

“I gotta say my knowledge of PTSD was very limited until I was diagnosed last year. Seriously almost fell out of the chair at the doctors office!

My response was “like a vet?”! When I returned with my daughter for the next appointment because I was at a severe crisis state I asked will I ever get over this…… I won’t ever forget the doctor looking at my daughter…… then saying “No, you will always have this injury. But you can learn ways to cope.” Since then I have read a lot on the subject and am floored at all the information.

There really needs to be a campaign for awareness to educate.

Yup, you heard that right, a doctor said that…

Someone who is should be a beacon of hope and support…

We think that they know everything (and a lot of them think they do too), and most of us just take their word as gospel.

This. This is why most people can’t and won’t recover from PTSD…

And when someone believes that all they can do is cope…

Guess what they do?

They don’t recover, they don’t heal, and they don’t put in the necessary effort to push through the pain and win.

I’m sharing this with you right now to open your eyes.

You need to start living your life with a strong internal compass.

So, my question to you is…

Are you tired of “just coping”?

Do you want to actually start healing?

I’ll see you on the other side!

I’m taking reservations for my free 1 on 1 PTSD recovery consultations.

This is where talk with you about your current challenges and help you craft a plan to overcome them for good.

So, if you’re interested in getting some personal advice from me make sure to hit “reply” and let me know asap so I can reserve you a spot! 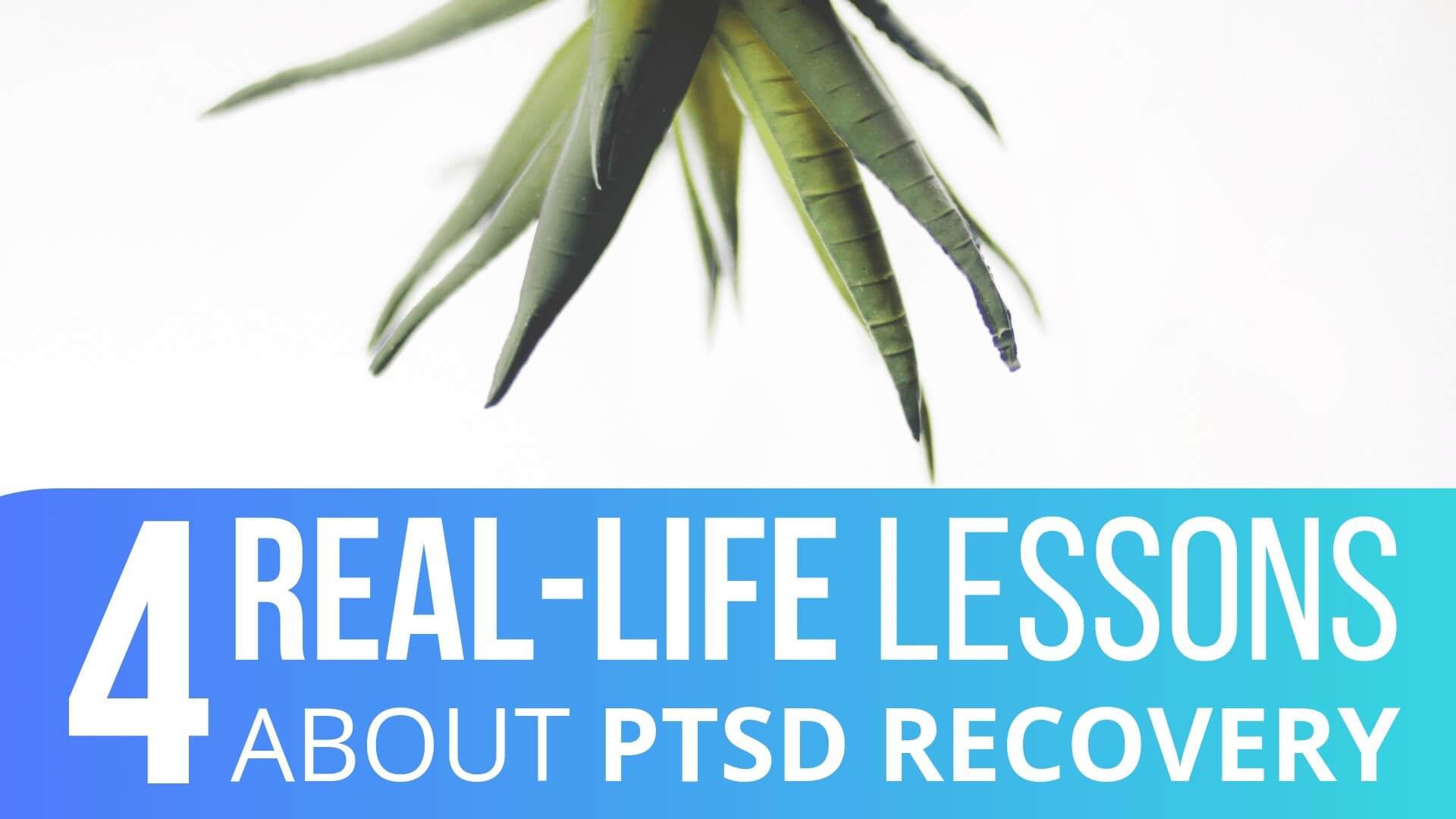 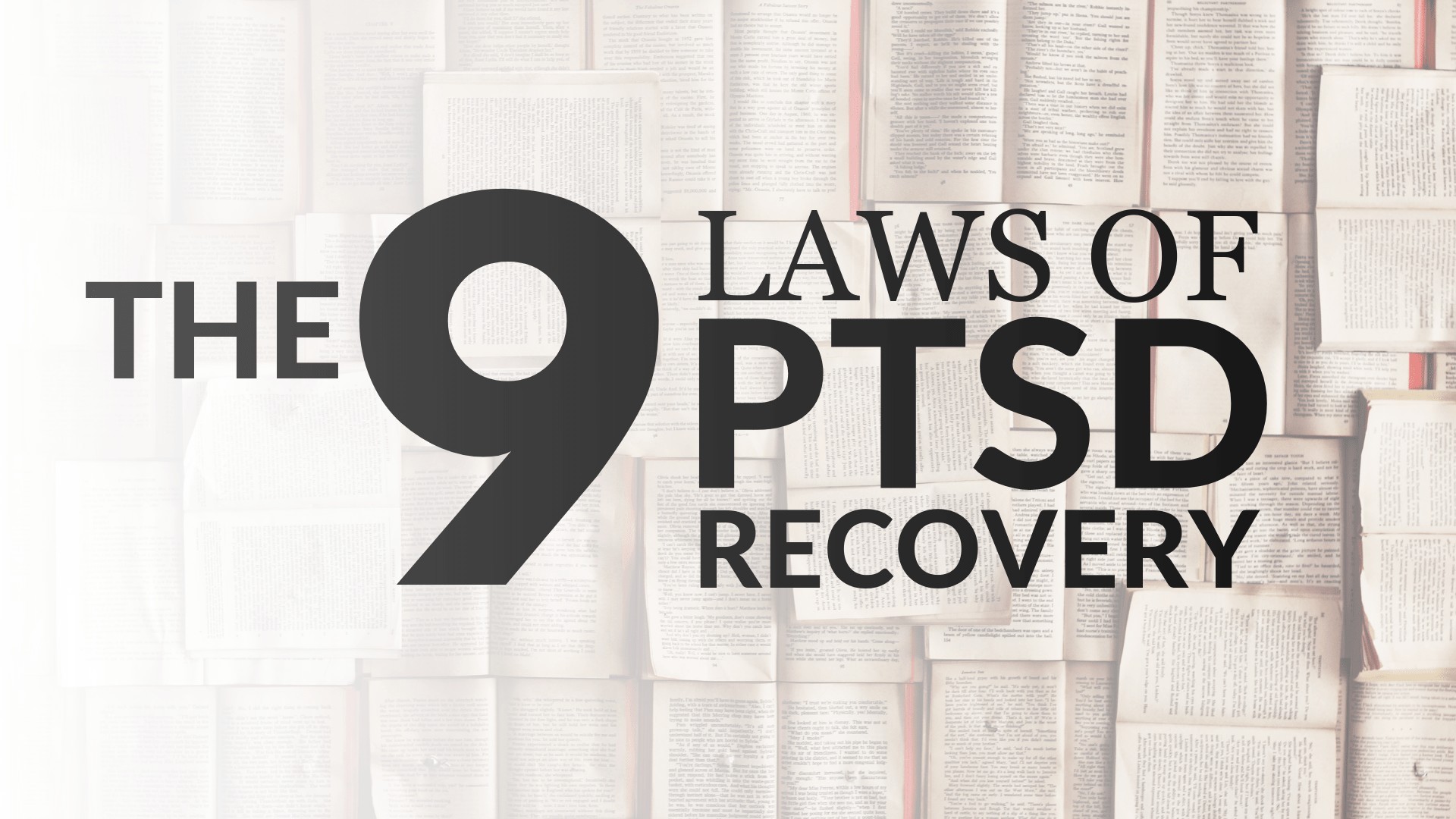 The 9 Laws Of PTSD Recovery 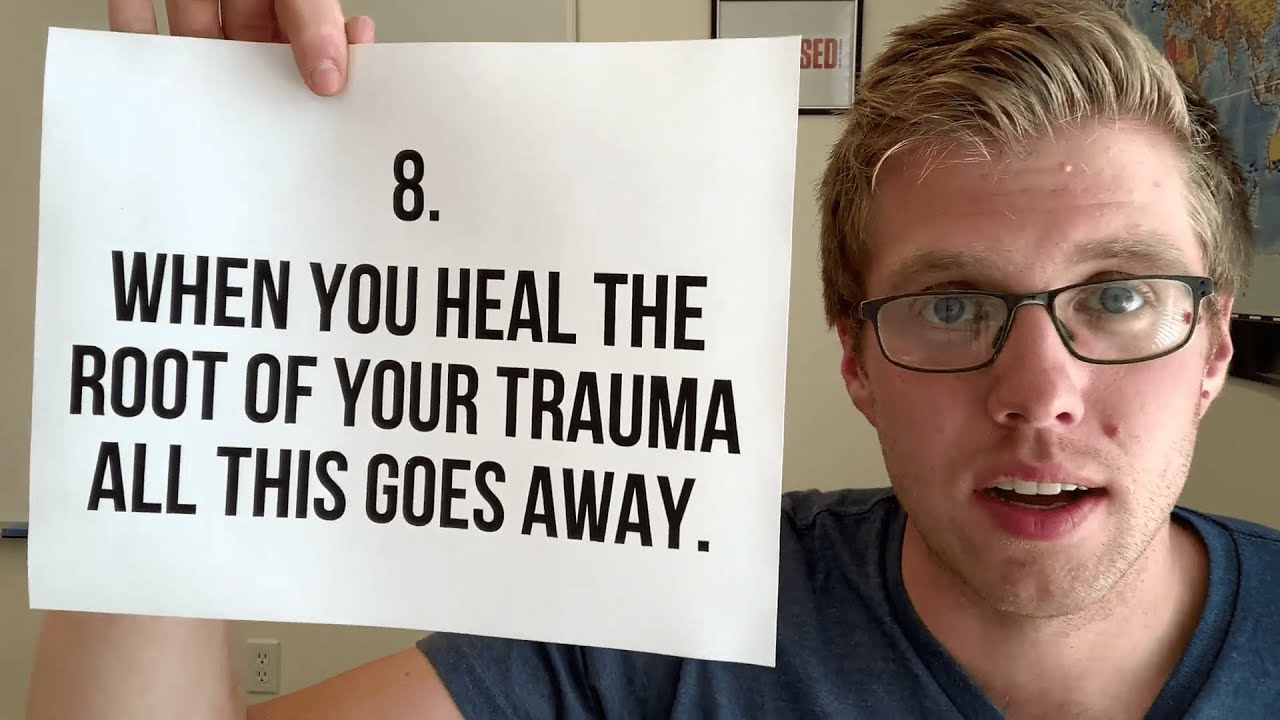 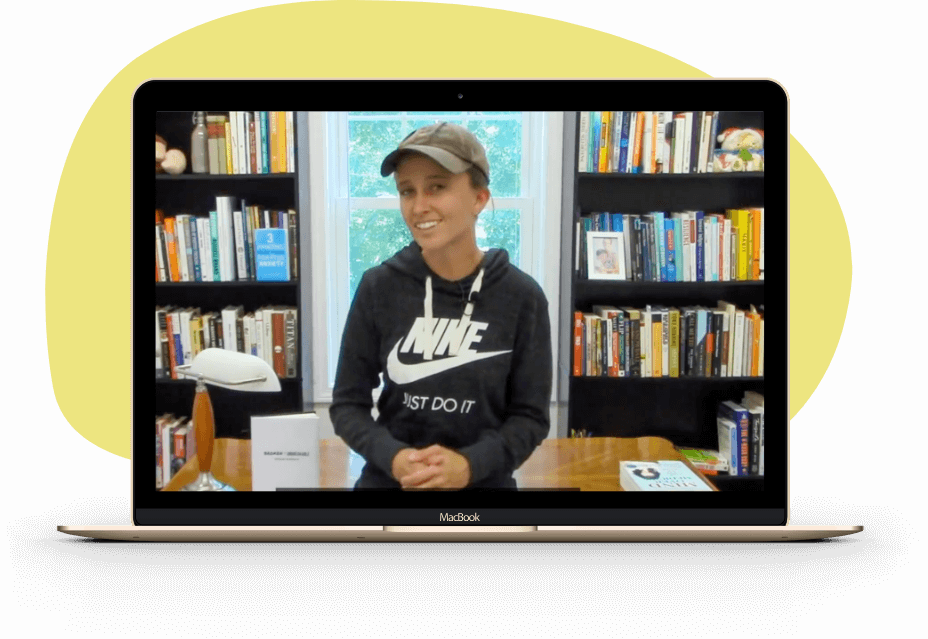